Modernize your cloud applications and your cloud infrastructure with VMware Tanzu and fme!

Container technology is becoming increasingly popular in modern IT applications and IT operations. This technology, which first appeared in the Linux and Unix environment and rose to prominence a few years ago with Docker, now serves as the technological foundation for numerous mass-market Internet applications and forms the technical backbone of most cloud-based services. 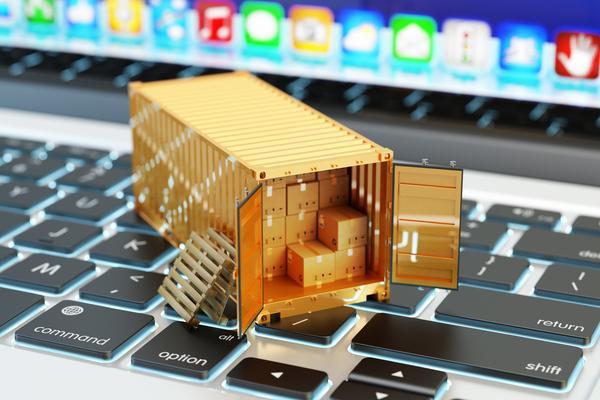 For the past few years, container technology has exerted an enormous influence on modern, cloud-native applications and, of course, on the IT operations that need to ensure that these applications run smoothly. Cloud-native applications are generally based on microservices, which, simply put, means that smaller functions are combined to create large – and sometimes very large – applications. Each of these functional modules (or microservices) run in individual containers which are able to communicate with one another. From the outside, the system simply looks like one large application, while on the inside, it is broken down into independent functions carrying out tasks in separate containers.

There are many obvious advantages to this technology, including efficient resource use, automatic scaling, improved process quality, and many others, but as a relatively young technology, it often requires companies to adjust their technical process and make significant organizational changes.

The trend toward containerization produced another tool – Kubernetes – which has since become the de facto industry standard. Kubernetes is capable of efficiently managing resources in the operation of hundreds or even many thousands of computers – which reflects the needs of IT operations going forward. Kubernetes runs on different infrastructures – either on on-premises hardware in company-owned data centers or in the infrastructures of a range of cloud providers (AWS, Azure, Google, IBM, Alibaba, Tencent, etc.)

Until now, companies were faced with the challenge of managing the containerization of applications and evaluating or integrating Kubernetes for themselves. But the future has more challenges in store. Workloads will need to be processed as cost-effectively as possible using different infrastructures in so-called multicloud environments. This further increases the complexity of making efficient, forward-looking platform decisions for your company. 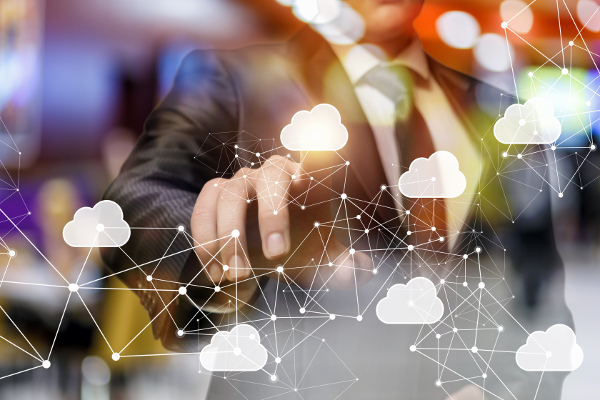 The VMware Tanzu product portfolio serves as the foundation for modern, cloud-native applications and allows companies to create, run, and manage cutting-edge applications in any cloud infrastructure, including on-premises systems. The portfolio simplifies multicloud operation, allowing developers to work together more efficiently with the operating team to generate key results for their organization and continuously increase their value for the company.

Thanks to a decisive series of acquisitions early on, VMware rapidly cornered the market for enterprise Kubernetes solutions. Customers already using vSphere infrastructures have a special advantage, as this VMware Tanzu product already features a very well-integrated on-premises cloud for multicloud applications. This way, applications and data can be operated and processed using the public cloud provider best suited to each process. Alternatively, the data and applications can be stored in the company’s own data center and never leave the company at all.

As a certified VMware partner and experienced service provider, we work with you to adjust your applications and infrastructure so you can get started quickly and efficiently and enjoy the benefits of a modern IT infrastructure and unified container orchestration with VMware Tanzu.

We use the digital maturity model to assess your status and meet you where you are.

Why should you modernize your cloud infrastructure and applications?

Faster, better and more efficient – the numbers speak for themselves!

Software development cycles are shortened by 56 %

Changes, customizations, features will be integrated and rolled out to applications faster.

Software vulnerabilities can be better identified and more quickly fixed through processes and tools.

Operating efficiency is increased by 78 % 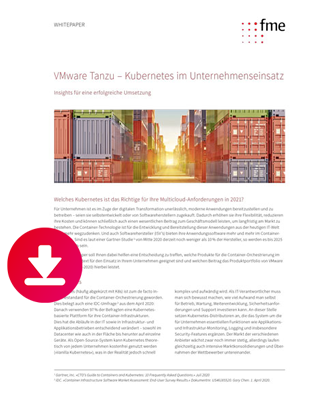 Which Kubernetes is right for your multi-cloud needs in 2022?

In our German whitepaper, we provide a holistic overview of the entire VMware Tanzu portfolio.

»Thanks to the support we received from fme AG, we were able to build automated container platforms and establish a DevOps culture. Now we can carry out our release processes faster and more efficiently and respond to change to increased agility.«
(Boris Steinke, …, JITpay GmbH)

Benefit from the advantages of a modern infrastructure and modern applications. Let us convince you in a personal conversation. I look forward to your inquiry! 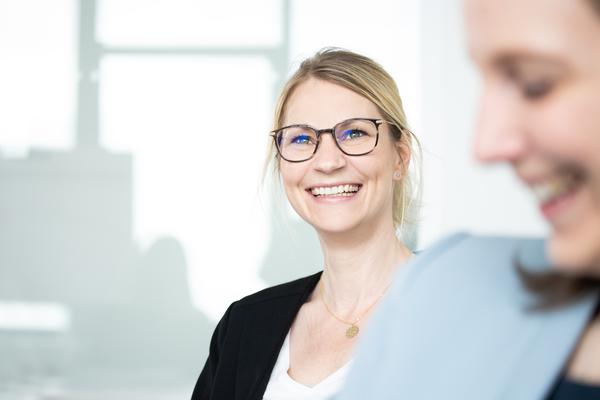 Do you have any questions about our services or would you like to request additional information? Please feel free to contact me to find out how we can assist you.

I’m looking forward to your request.